Round 1 Results from the SMP Cup 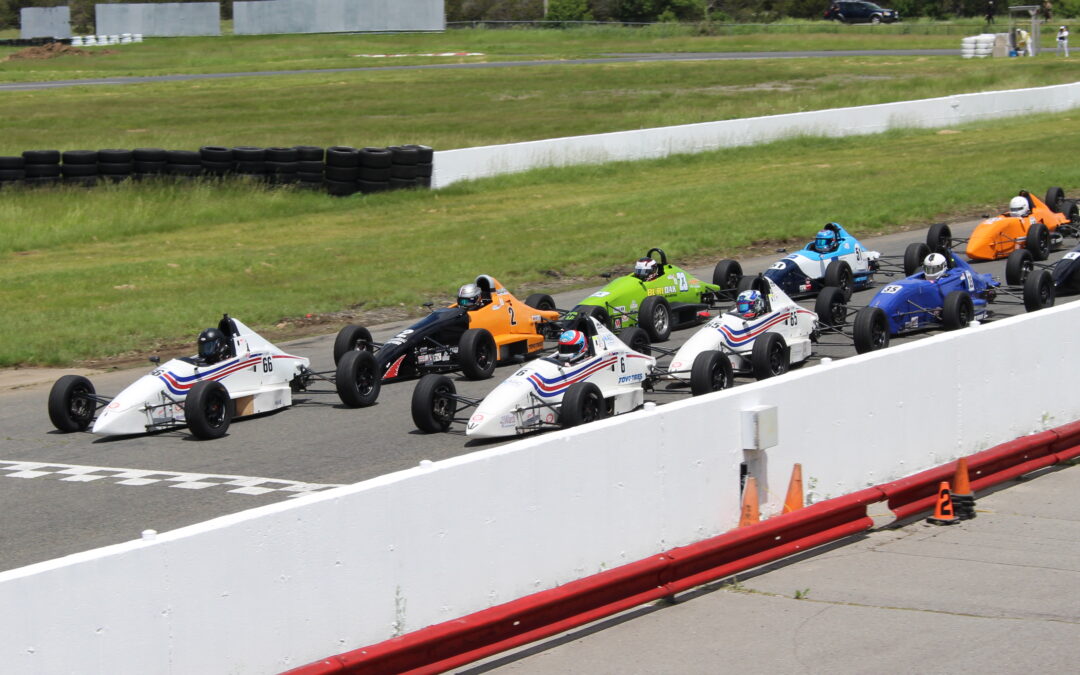 The first race of the season started off on a beautiful sunny Saturday afternoon at Shannonville Motorsport Park. Once the race got underway it became apparent early there would be lots of action throughout the field. After a lengthy red flag delay racing resumed for a few laps of hotly contested positions especially at the front. B Class driver Jason Sharpe managed to pull off the win in his first weekend with his new car. Final podiums were:

The second race of the weekend got underway late Sunday morning under perfect weather conditions, Positions were again hotly contested between many drivers up and down the field. This did result in a few spins, one which took Connor Clubine to the rear of the field. Another red flag resulted after a couple of B class drivers had some misfortune and required removal from harms way. Once restarted with only 10 minutes remaining Connor Wagland did his very best to hold off the hard charging Britain West drivers but ultimately was unable to maintain his second position. Rookie William Ferguson who has only driven the Brian Graham Racing Piper DL7 once prior to this weekend managed to pull off his first win of the season with some nice passes back and forth. The B Class suffered some attrition which left the podium open to some wiley veteran drivers. Finals were:

The final race of the SMP Cup was our 3rd race of the weekend. This race managed to go off without a red flag although there were still a few spins and off track moments. Some good racing was seen by spectators and the season shows promise of being exciting up and down the grid with several battles and passing back and forth. Ultimately this was the final podium for the weekend:

Thanks to everyone for coming out and making the first weekend a success!. Looking forward to Round 2 on Fathers Day weekend. Check out our Facebook & Instagram pages for photos from the weekend.