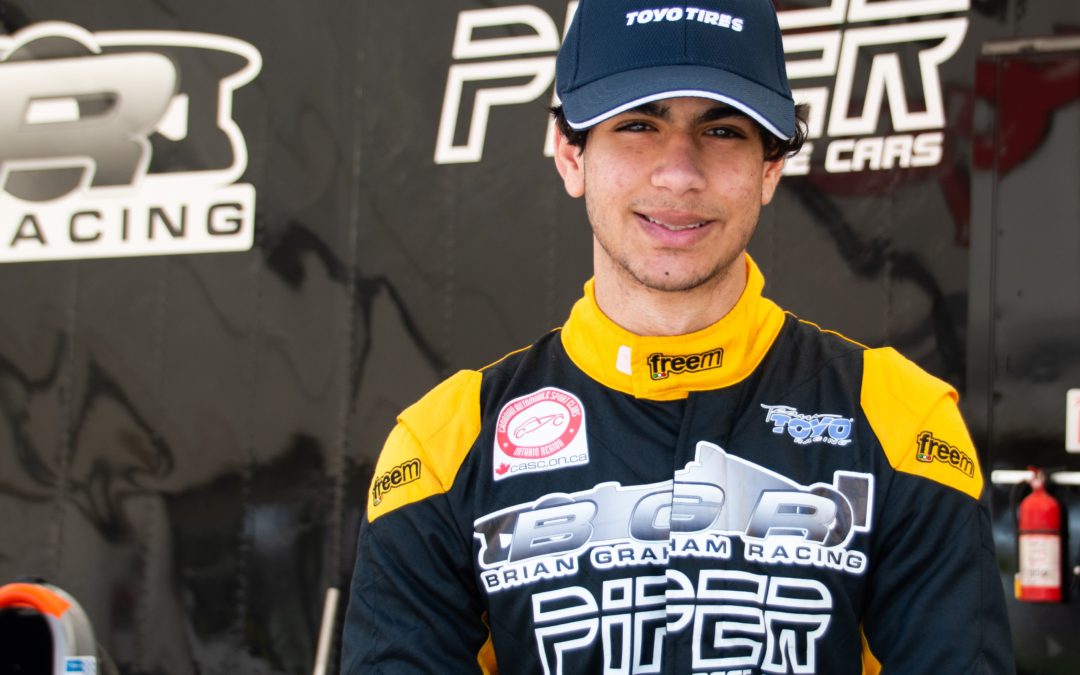 Matt Barry is our first rookie from the FEL – Automotive Learning + Promotion​ Toyo Tires F1600 Championship Series to be recognized. Pitting under the Brian Graham Racing banner for the 2019 campaign, the teenager from Innisfil, Ontario​ was a welcome addition to the paddock. Among a BGR trio vying for Rookie-of-the-Year honours, Barry emerged with the title based on all-around consistency. He was on the podium in his first career start, and returned to the blocks in four of the five rounds that followed, the last three producing double-podium results. He was on the podium nine times in total, which led to third place overall in the A class championship. Barry also earned the MK Technologies​ Most Improved Driver award for developing his race craft over the course of the season, improving his lap times each race event. Congratulations Matthew!

For more information on the A Class and MKT Most Improves sponsors go to feldrives.com and www.mktechnologies.com