Junior Gilkes to Join Series in 2021 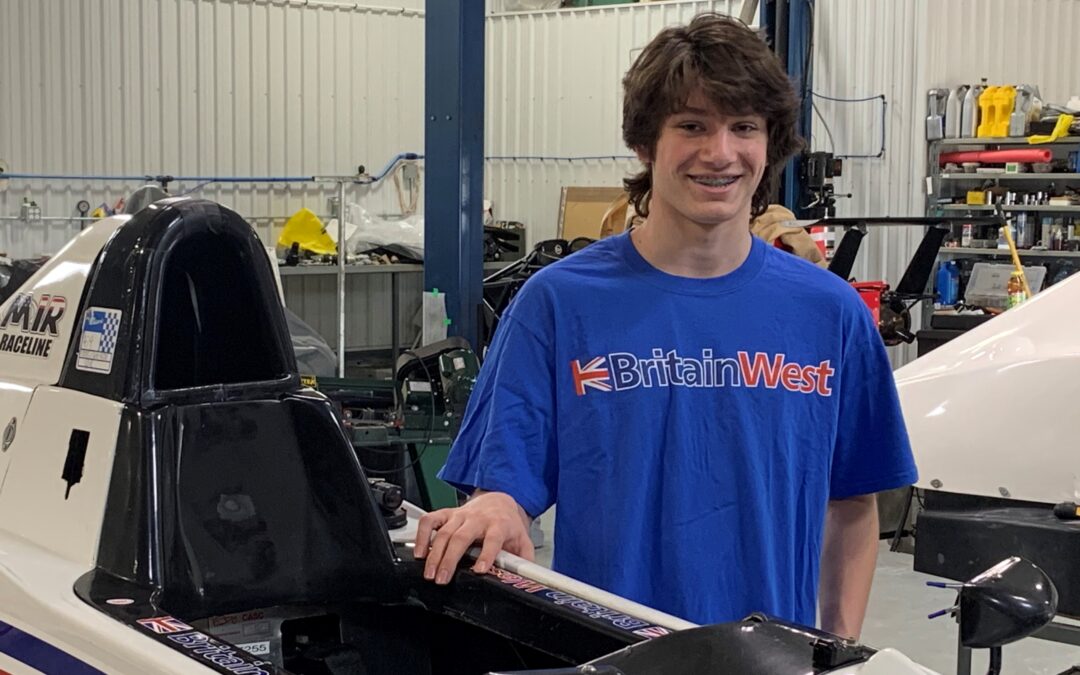 As we continue to introduce new drivers to the Toyo Tires F1600 Championship Series, this week we welcome another who hails from a multi-generational racing family – Nick Gilkes. The teenager from Richmond Hill, Ontario, was announced to be joining Britain West Motorsport just over a week ago, and follows his grandfather, father and sister before him into competitive motorsports. Gilkes will pilot a Mygale/Honda in the A class, the same class his older sister finished runner-up in a year ago. The younger Gilkes arrives to the paddock after a decade in karting led to a sampling of Formula Vee last year, and he climbed the podium steps in a pair of Fall starts at Canadian Tire Motorsport Park. Also an avid sim racer, the fifteen year old logs training time in the virtual world as he awaits the call to really strap in. Formula1600.com recently met with Nick to talk about racing, his family and goals for the future.

How long, and what, have you raced?
I’ve mostly raced karts throughout my career, starting when I was 6 years old and living in Barbados. When I moved back to Canada I returned to the sport at around 9 years old, racing in Briggs & Stratton, which taught me the fundamentals of racing. I won championships in novice, junior lite, and junior, including the 2018 Pfaff Kartsport Cup championship, as well as the 2020 KartStars Briggs Junior championship.

Why racing? How did you get into it?
My grandfather, my dad, and my sister are all racers. When my dad got me into racing at 6 years old, I fell in love with the sport. After I’d done my first race in karts, I realized motorsport was what I wanted to do for the rest of my life.

Have you driven an F1600 car before?
I’ve never driven one before but I will hopefully get some practice in prior to the start of the season. I did quite a lot of testing in a Formula Vee last year with Vallis Motorsports which has been extremely helpful, and I believe it was a really good transition from karts to F1600.

What is your # and why did you choose it?
My number is 73. It was the number I chose on my first kart, when my sister was #72. It has been my number since then except for a few races last year, and I wanted to continue using it this season.

What track raced or driven has been your favourite?
I haven’t driven many tracks to date, but I would have to say Mosport is my favourite circuit and I anticipate it’ll stay that way. There’s so much history behind the track with Formula 1 racing here back in the 60’s and 70’s. The layout itself is really exciting with such high-speed corners, elevation changes, as well as the number of overtaking opportunities. It has to be second to none.

What is your greatest racing memory, either as a driver or spectator?
My greatest racing memory would have to be finishing 2nd at the US Karting Nationals in Briggs & Stratton Junior in 2019. I dropped as low as 16th on the first lap after avoiding an incident at turn 1, and to work my way back up through the field, and in such a competitive field, to score a podium felt like a success.

Who is your favourite driver from any generation and why?
I would have to say either my sister or Romain Grosjean. My sister has always been there to support me throughout my career, whether it be through working on my kart, giving me advice, or being a great role model. Grosjean is also one of my favourite drivers as I was recently given the opportunity to drive for his sim team and to be on a squad with top line eSport and European F3 drivers was quite an honour.

What career path are you planning, aside from race driver?
My dream is to work in Formula 1. I think I am not alone in saying that I would want to ideally be an F1 driver – but being able to say I work for one of the ten teams would also be just as cool. I’m not entirely sure what I want to do other than drive, but as long as I am there, I think it would be awesome.

What are your goals for racing in 2021 and beyond?
My goal is to try to win – but looking at the experienced grid that will certainly be a challenge. If I can score my first podium then I’ll feel satisfied with how I’ve done. I’m not sure what I’ll be doing in the future, as it depends on my performance in the coming season.