McPherson Moves Up to F1600 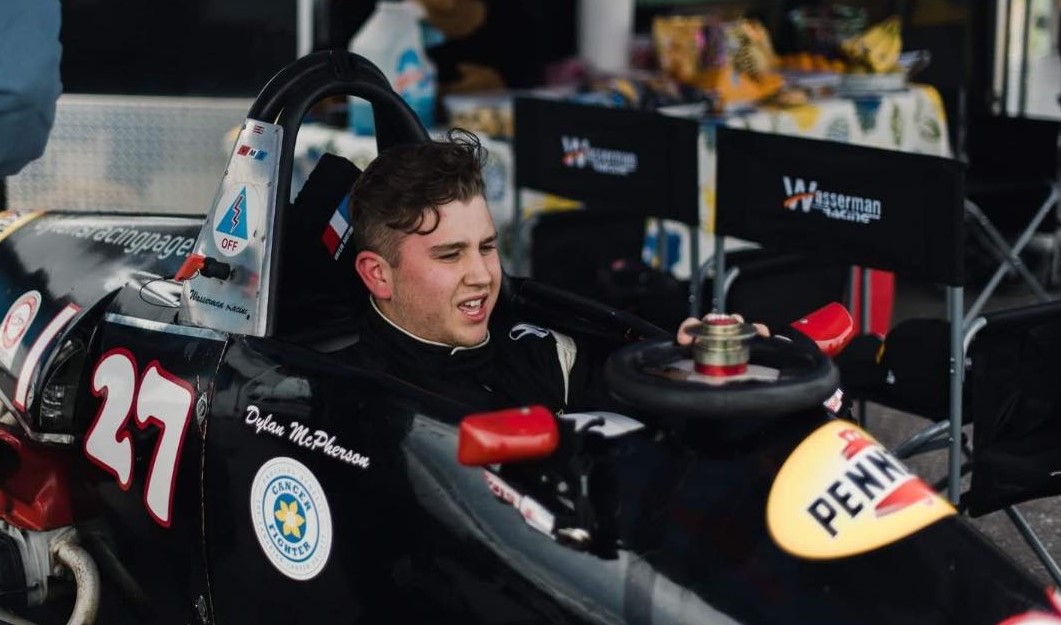 Our rookie introductions for the 2021 Toyo Tires F1600 Championship Series continue today with Dylan McPherson, a driver that is following the standard path up the racing ladder. After beginning in four-stroke karts at a young age and progressing into two-cycle racing at Mosport Karting Centre, the young driver from Quinte West, Ontario, then took the Bridgestone Racing Academy course to move into Formula 1200 race cars. Two seasons there brought career racing highlights and a Bob McCallum Scholarship, and now he’s ready for the next rung – lining up among the drivers in Canada’s most competitive open-wheel championship. The teenager with engineering aspirations will be pedalling a 1993 Van Diemen in the B class this season as he continues his education behind the wheel, sporting a famous Canadian racing number when he rolls out on track. Formula1600.com recently caught up with him to find out all about that and more.

How long, and what, have you been racing?
I started racing at about 9 or 10 years old in karts. I raced karts for about six years before getting my car racing license at the Bridgestone Racing School and moving up to formula cars two years ago.

Have you driven an F1600 car before this season?
No, I have not. I will be a fresh rookie for the upcoming 2021 season. The closest I have gotten is the school cars from Bridgestone.

What is your number and why did you choose it?
My number, the number 27, does have a special meaning to me. One of the racing drivers I look up to is the great Canadian racing driver, Gilles Villeneuve. One of his legendary numbers was the number 27. He was one of the best and that’s what I strive to be as well.

What track raced has been your favourite?
My favourite track I’ve raced on is Mosport. I have a few reasons as to why but a couple of them are its rich history and the fact that it’s one of my dad’s favourite tracks.

What is your greatest racing memory, either as a driver or spectator?
I would have to say my favourite racing memory has been my first pole position and podium finishes. It was in 2019, my rookie season in Formula 1200. I remember being elated and very proud of myself, and just all around happy for being able to achieve one of my tougher goals for that season.

Who is your favourite driver from any generation and why?
I have a few, but my all-time favourite driver is Bruce McLaren. Being able to go from such humble beginnings in Can-Am to one of the most recognized names in motorsport is so inspiring to me.

What are your goals for racing in 2021 and beyond?
My goal for 2021 is to do well in the B class. I want to learn everything I possibly can and use that going forward throughout the season. I would like to have some good results on the season and hopefully, with the performance of the car and team behind me, it will be a positive experience all around.