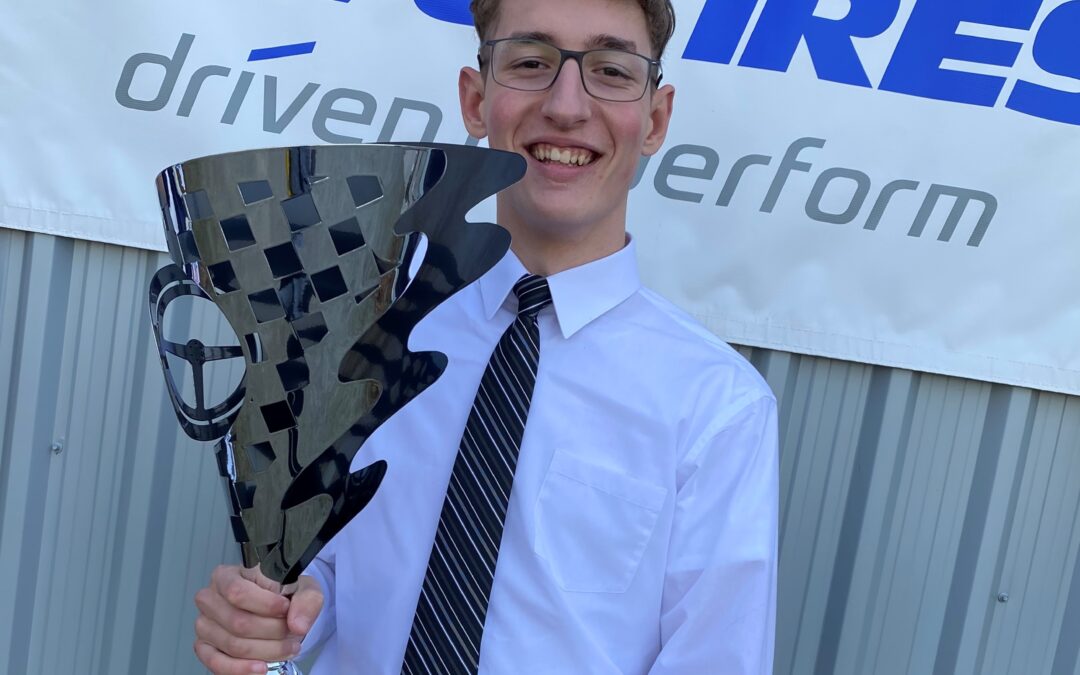 The Toyo Tires F1600 Championship recently held three small race shop events to acknowledge champions, distribute awards and recognize others from the series prior to closing out its 2020 campaign. Hosted by the two premier teams in F1600 racing, Britain West Motorsports in Brantford, Ontario, and Brian Graham Racing in Innisfil, Ontario, opened their doors for celebrations that followed all Ontario provincial guidelines and were limited to just award recipients and a few special guests. Here we look back at the incredible season – that almost wasn’t.

Mac Clark was unquestionably the dominant driver of the 2020 Toyo Tires F1600 Championship Series as the teenager from Campbellville, Ontario, won 14 times from 15 starts, with many of the wins coming in dominant fashion. Clearly the class of the A Class field, Clark also added qualifying and race lap records at Canadian Tire Motorsport Park and Shannonville Motorsport Park during the season, and added the Rust-Oleum Canada Most Poles Award, a Bulova watch, after lining up P1 eleven times. The title effort also returned Britain West Motorsport and Mygale Race Cars to the top of the table.
Continuing on with highlights from the A class of the Toyo Tires F1600 Championship Series, we recognize Megan Gilkes of Richmond Hill, Ontario. Although a newcomer to the series, Gilkes was certainly not new to open-wheel competition as she has raced a variety of cars across North America and in Europe. She quickly made her mark at home as well, as she put her Brian Graham Racing Piper on pole at the season-opening event. Three trips up the podium quickly followed that weekend, and she qualified on the front row at all five rounds in 2020. She finished twelve races from thirteen starts, and eleven of those twelve were podium results! The consistency led to a runner-up finish in the overall championship, and a campaign that can be fondly remembered.

Wrapping up the overall podium in the Toyo Tires F1600 Championship Series A class for 2020 is Jonathan Woolridge of Oshawa, Ontario. Returning to familiar paddock space with Brian Graham Racing and his #2 Piper/Honda, Woolridge was an immediate contender for podium places in his sophomore season and did not disappoint. He scored three at opening weekend, and added another pair at event two where he secured a race start from pole after breaking the Canadian Tire Motorsport Park race lap record. Three more podium results followed at Shannonville with another pole position start, and when he completed event four with yet another podium finish he had already surpassed his point total from a year earlier. He then turned his attention to the 2021 season with some test outings, content with nine podium results from twelve race starts and P3 in the overall championship classification secured.

Turning our attention to the B class, the first focus is on James Lindsay of Waterford, Ontario. Turning up in July with his Van Diemen ‘Roxanne’ freshly dressed in yellow, the defending class champion got right down to business. He was the fastest class qualifying car at opening weekend and swept the event before going on to sweep the class racing once again at event two, this time scoring a second-overall result as well! By season’s end he had won thirteen of fifteen starts running in conjunction with Britain West Motorsport, and in the two starts he didn’t win he was leading when contact with another competitor took him out of contention! His impressive preparation and production was definitely noted by his peers, as in winning his second-consecutive championship Lindsay was also awarded the BEMC Bob McCallum Award which was presented by Ann McCallum and her daughter Amy. There are now few major awards he has yet to win in the Toyo Tires F1600 Championship and it was our pleasure to arrange the presentation of two more.

Although the B class runner up in the Toyo Tires F1600 Championship Series this year was classified as a rookie, he was definitely not new to F1600 racing. Connor Clubine of Brantford, Ontario, has deep roots in the sport and the only thing truly new to him was getting behind the wheel! As son to Britain West Motorsport owners David and Laura Clubine, Connor is a third-generation racer and put the family #6 back on track in 2020 in a car he prepped himself. He scored his first pair of podiums at opening weekend at CTMP, added another pair one step higher at event two, and after crossing second again in his first run at Shannonville he produced his first class win in Race 3! Another win followed at the series finale, and all told he scored two wins and nine podiums in twelve trips across the line. His speed and race craft improved from round to round as he worked toward his wins, and was noted when he received the MK Technologies Most Improved Driver Award two weeks ago in the family race shop – a newly designed set of chassis stands. He was also class Rookie-of-the-Year on 255 points, the fourth-highest point total of any driver in the series this year. Both honours were well deserved, and we can’t wait to see what next season holds.

There was only one B class driver outside the champion to be the fastest car in qualifying during the 2020 Toyo Tires F1600 Championship Series, and that man was Andrew Mason! In his first full season since 2009 when he scored 1000 points and won the B class championship, Mason came out of the gate with intent this season. He qualified second at the opening event and finished second in every race, then was the fastest class qualifying car at event two before engine woes derailed him. A missed start and a run from the back of the pack the following day didn’t help his title bid, but another podium result came at Shannonville Motorsport Park and two more followed at the penultimate round back home at CTMP. With sights then on P2 overall, he qualified second at the finale and held the position through race one before getting caught up in the mess of others and being forced to the sidelines for races fourteen and fifteen. In the end he held for third overall from eleven times across the line and seven trips up the podium steps.

Congratulations to all top three drivers in their respective classes – look forward to 2021!