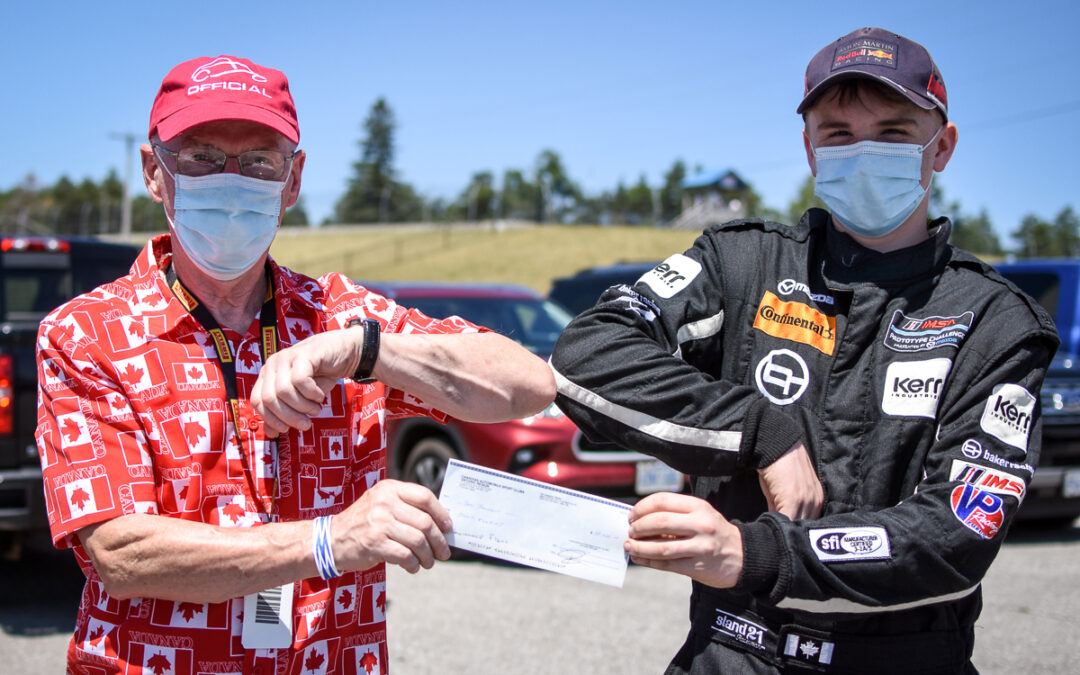 The Toyo Tires F1600 Championship had a special award presented during opening weekend of the 2020 season as Connor Clubine was presented with the Bob McCallum Scholarship by Canadian Automobile Sports Club President Gunter Schmidt. The scholarship fund also made a sizeable donation to the Toronto General & Western Hospital Foundation in support of Covid-19 research, as society continues to work toward solutions for a global pandemic.

Connor is a student at Brantford Collegiate Institute studying within the Wilfrid Laurier University Program, and next in the line of succession at Britain West Motorsport. His racing education therefore began very early in life, while his time behind the wheel began just four years ago. Starting in karting at the Waterloo Regional Kart Club where he tuned his own equipment, Connor grew into a consistent podium finisher over four seasons as he prepared for open-wheel racing in cars.

During last year’s campaign, he also began work on a 1991 Van Diemen that he has since debuted in the Toyo Tires F1600 Championship. A throttle problem led to retirement in his opening race of the season, but he ran his way to a class podium in Race 2 before repeating the feat in Race 3, where he was once again P3, set his fastest lap of the weekend and reached the top ten outright!

Connor is a driver headed to big things on and off the track, and we offer him congratulations and wish him the best of luck going forward in the Toyo Tires F1600 Championship and in his motorsport career.

The Bob McCallum scholarship was established in 2019 to provide financial assistance to first-year Motorsport competitors competing in F1200, F1600 or Formula Libra in the Canadian Automobile Sports Club – Ontario Region. The scholarship was made possible by a generous contribution to CASC-OR, with the requirement to identify, encourage and foster new motorsport talent within Ontario, and provide financial assistance to the scholarship recipient.