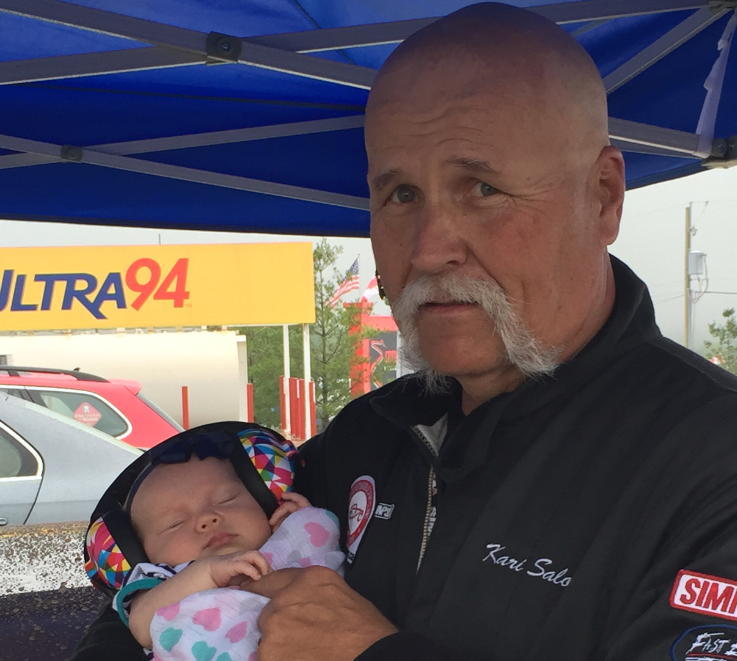 While the delay to the start of the 2020 racing season has both drivers and fans alike yearning for the return of motorsports, there is perhaps no local driver pining more than Kari Salo, of Stouffville, Ontario. He was all set to celebrate his birthday and begin racing into his retirement years as open-wheel racing’s latest Flying Finn this month, but world events have put that plan firmly on hold. Yet he remains patient, as it’s not like he’s never been behind the wheel. Having been introduced to Mosport shortly after arriving to Canada in 1967, Salo has raced karts and sedans on the famed Grand Prix Circuit, and lapped open-wheel cars on the Driver Development Track. Now, when racing is finally able to resume, he’ll merge the pair racing a 1990 Van Diemen in B class. Formula1600.com got all the details on the latest Championship entry.

I have been racing since the early 1970’s, first in karting, then a couple of different sedans in the Bulova series.

In high school I was a Mosport student rep and that got me an introduction to endurance karts. It took me all season in my first sedan race car to lap Mosport as fast as in the kart!

While I haven’t run the F1600 yet I have had quite a bit of lapping in F2000 at the development track in the past. I am really looking forward to running in the Toyo Tires F1600 Championship Series.

What is your # and why did you choose it?
I am hoping to run number 56 for the year I was born, with a second choice being number 67 for the year I arrived in this great country.

What track raced has been your favourite? Why?

In road racing Mosport is my favourite, perhaps because of the Bulova series having been the support races on big event weekends such as CanAm, TransAm etc. For my stint in drag racing a highlight was clicking off passes at Indianapolis Raceway Park.

What track would you love to race around? Why?

I think it would be a thrill to turn some laps at Silverstone, Brands Hatch or Monaco because of the history involved.

In the year 2000 I had a work project in Australia and I was fortunate enough to attend the F1 race at Albert Park in Melbourne. That is a highlight, as is talking my then new bride into attending the 1979 Montreal F1 race on our honeymoon!

My favourite drivers are F1 pilots, not surprisingly those who are fellow Finns.