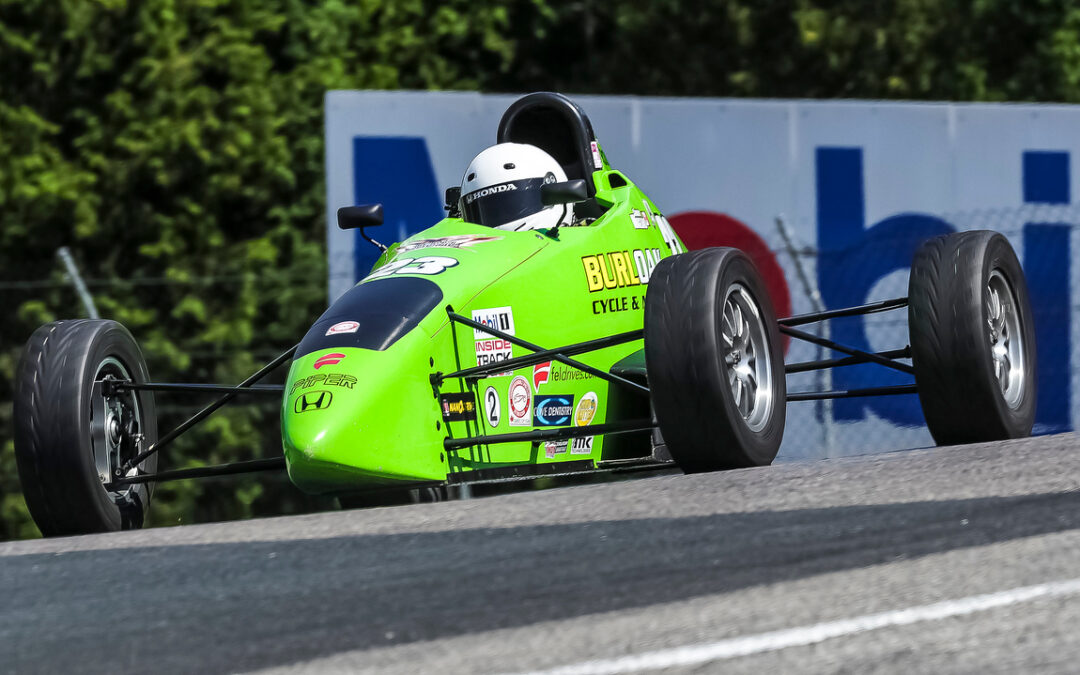 Along with celebrating its season-long podium finishers at the year-end Social recently, the Toyo Tires F1600 Championship Series recognized a number of drivers with special awards. Series and page followers will have already read of Olivier Bedard earning the Rust-Oleum Most Poles Award, Mike Lee earning the Cove Dentistry Masters Award, James Lindsay being named the MK Technologies Hard Charger and Matt Barry being named the MK Technologies Most Improved Driver and Rookie of the Year. Steve Bodrug was most recently noted as being the inaugural recipient of the Bob McCallum Award, and the remaining special award recipient was the driver of car #23, Connor Wagland!

After spending over a decade racing motocross, Wagland made the switch to four wheels in 2013 and finished runner-up in the B class championship before winning it in the two seasons that followed. A year off to heal a back injury came in 2016, then Wagland made the switch to A class driving Honda powered Piper Race Cars. He was on the podium first time out this season, and a number of stellar drives followed, most notably a charge from P26 to 5th in front of 75,000 fans at the Canadian Tire Motorsport Park season finale. A friend to everyone in the paddock, Wagland is well known as a clean, fair racer that is always upbeat regardless of how his weekend is progressing and he represents the series in the most positive of ways. Noting that and more, he was recognized with the MK Technologies Sportsman of the Year Award for 2019. Congratulations Connor!

MK Technologies is a design and production company of race car support equipment. To learn more go to http://www.mktechnologies.com