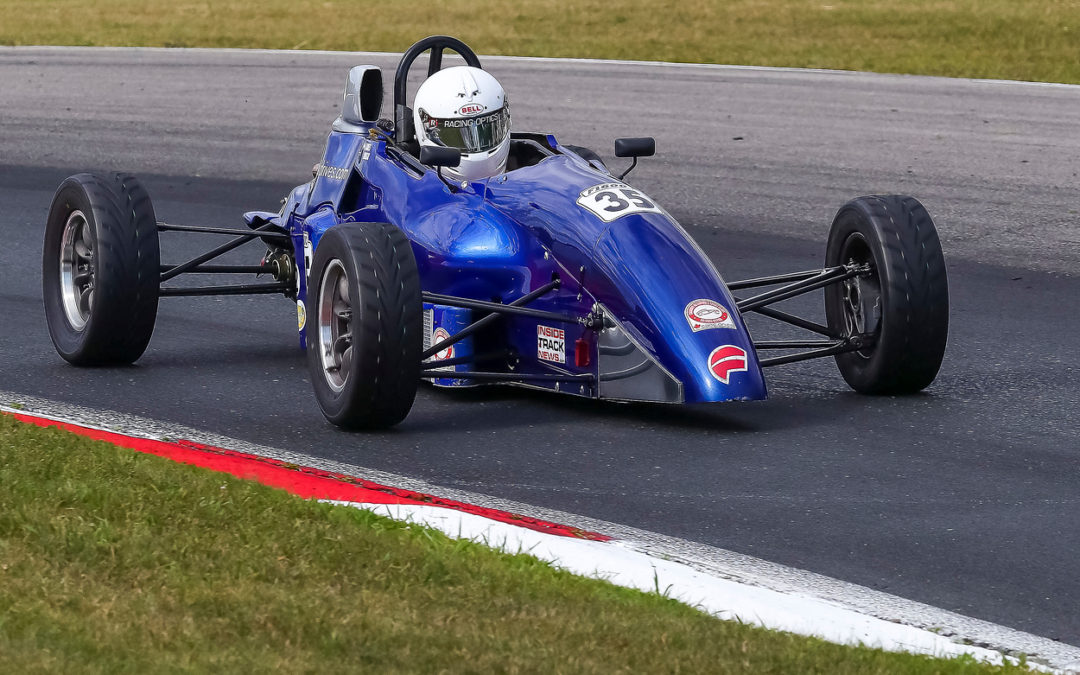 It is said that the third time’s a charm, and it certainly holds true for James Lindsay in the Toyo Tires F1600 Championship.

After finishing fourth in the final standings of his rookie year, then advancing to runner-up status last year, Lindsay dominated the FEL – Automotive Learning + Promotion sponsored B class over the course of the 2019 campaign and stamped his name on the Championship! After securing his long-awaited first class win at the opening round of the season, the young racer from Waterford, Ontario, went on to sweep the second round at Calabogie Motorsports Park, the fourth round at Shannonville Motorsport Park and the season finale at Canadian Tire Motorsport Park where he was P4 outright in his final two races!

All told he scored 12 wins and 16 podium results from 18 starts and amassed the highest point total overall with 456 points. Lindsay then closed out his year by travelling to Road America to compete in 50th Anniversary of Formula Ford in North America. Matching his final result at home, he finished 4th overall in a field of over 50 before scoring a runaway victory in the event-closing East/West Challenge to head into the off season a winner and a champion.

To cap off a very successful 2019 season Lindsay collected the MK Technologies Hard Charger Award earning himself a set of Set Up Wheels from MKT.  Congratulations James!

To learn more about our B Class and MKT Hard Charger sponsors go to www.feldrives.com and www.mktechnologies.com