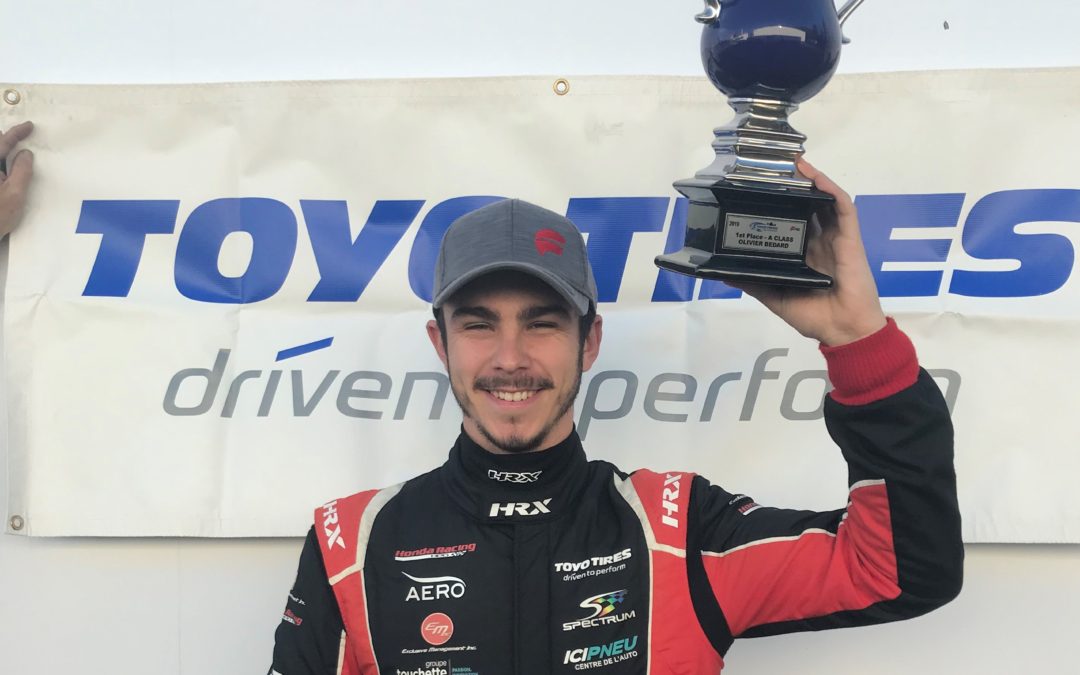 The Toyo Tires F1600 Championship recently held its series Social to acknowledge champions, distribute awards and recognize others from the series prior to closing out its 2019 campaign. Held at the Bier Markt in west end Toronto, this year’s event once again attracted drivers, crew and supporters, which brought a spirited end to a fantastic season. Watch for announcements in the coming days as we look back at the season that was, and the night that brought the curtain down.

FEL Drives sponsored A Class
After a three-year run that saw Britain West Motorsport, Brian Graham Racing and Exclusive Autosport each guide a driver to the A Class title, it was the ‘Eh’ Team that managed to take the first back-to-back championships since the introduction of Honda power to the series. Olivier Bedard was unquestionably the driver to beat this season as he dominated early and often for EA. With 12 wins and 15 podium results from 15 starts, the driving sensation from Terrebonne, Quebec, is a very deserving champion. As he was unable to be on hand in Toronto to receive both the FEL – Automotive Learning + Promotion sponsored Championship and Rust-Oleum Most Poles Awards, he was presented with both last month at Circuit Mont-Tremblant as he was in the midst of wrapping up the Quebec F1600 Championship as well. Congratulations to our 2019 Champion!

To learn more about our A Class and Most Poles sponsors go to www.feldrives.com and www.rustoleum.ca