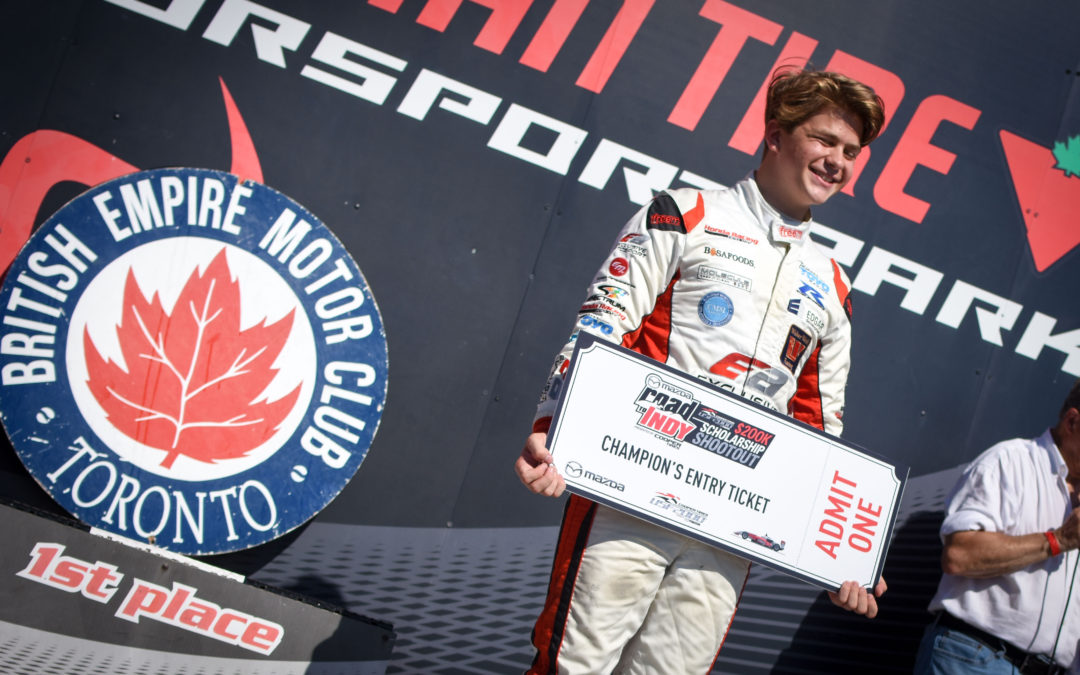 The Toyo Tires F1600 Championship Series finished its season recently with the BEMC Indian Summer Trophy Races at Canadian Tire Motorsport Park. Weekend weather matched the event’s title, as drivers faced two days of hot and humid temperatures in their return to Canada’s famed road course. Exclusive Autosport’s Kellen Ritter entered with a championship edge over Brian Graham Racing’s Jake Craig, and the title was on the line in a customary tripleheader.

The first race of the weekend was the Al Craighead Memorial CanAm Cup, so named after avid racer and formula car reporter Al Craighead, who formed the event in 2006 with Rob Howden, the voice of Mazda Road to Indy. Ritter started well from pole position after setting the fastest lap in qualifying, but the outside line found trouble as Mike Lee tagged Mike Dodd before ending up in the pit wall. After a caution period, a tight race followed as frontrunners Ritter and Craig were joined by Zachary Vanier (BritainWest/Mygale), Spike Kohlbecker (Exclusive Autosport/Specturm) and Misha Goikhberg (Mygale). The drivers diced lap after lap, and on the final trip headed into turn eight three wide! Kohlbecker was sandwiched between Vanier and Ritter, and touched wheels which sent Vanier into a spin and Kohlbecker to the runoff area with a broken right front! Ritter emerged to take the win and coveted CanAm Cup, Goikberg capitalized for second and Craig was on the podium in third.  Craig Willis (Aero 2) lead B Class eight seconds over James Lindsay (Van Diemen) while Bruce Kitchen (Van Diemen) took the bottom step.

Day two was also a hot one, both literally in terms of temperature and with regard to on-track action! The same five-car train emerged at the front of the pack following pole man Ritter, before contact once again pared the number down. Goikhberg and Vanier went for the same piece of pavement in turn 10, with the result sending Vanier into the tire wall and Goikhberg to the pit lane! The latter was later penalized for avoidable contact and failing to give racing room, while the others had four laps to settle the second run after a caution period to retrieve Vanier’s Mygale. When the green flag waved, Ritter escaped off the front to win while Willis and Lindsay joined the fight for steps one and two on the B class podium. In the end, a quintet was covered by just a half second, with Kohlbecker and Craig joining Ritter on the blocks ahead Matthew Taskinen while Willis beat out Lindsay for the top step of the B Class by just three tenths.

Drivers were back at it for the season finale just over three hours later with Ritter once again on pole and Vanier starting from the back of the pack after jumping into a Britain West Motorsport spare car. Lindsay was also in notable starting position as he had his B class Van Diemen on the front row after setting the second fastest lap in race 2. The start then replicated the Saturday run, with Mike Dodd clipping the pit wall and bringing out a full course caution. Kohlbecker lead when racing resumed, the Exclusive Autosport driver leading a train that included: Craig, Ritter, Goikhberg, Willis and Lindsay, with Vanier charging from the back and joining the pack! In the end, Kohlbecker took the final run of the year and was awarded the Indian Summer head dress from the British Empire Motor Club. Craig and Ritter joined him on the podium with Goikhberg and Vanier completing the top five in six tenths of a second!  Willis, Lindsay and Graham Lobban (Van Diemen) repeated the mornings B Class podium.

Ritter wrapped up the championship with two wins and a third-place finish, and in the process earned the Championship ticket to the Mazda Road to Indy $200K Scholarship Shoot-Out, where 20 champions of junior open-wheel and karting series from around the world will compete this December. We wish him all the best from the Toyo Tires F1600 Championship Series paddock, and now starts the count down to getting on the grid. 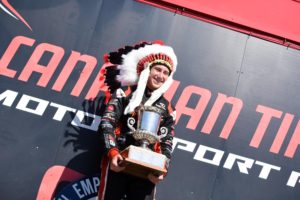 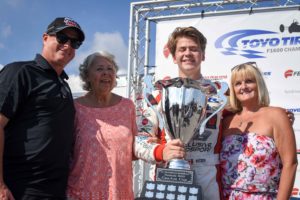